Frank Chi is a filmmaker, artist and storyteller at the intersection of art, politics and culture.

From helping create the “Notorious RBG” phenomenon to his social justice short films which have gained over 50 million views on social media, Frank’s work helps lead narratives around justice and inclusion in American life. His latest work, the documentary short “38 at the Garden” about Jeremy Lin’s 2012 “Linsanity” run, will premiere at the 2022 Tribeca Film Festival.

Frank’s work includes the “Langston Hughes in Our Time” series sponsored by MoveOn and Color of Change - which was called “the perfect Black Lives Matter tribute” by HuffPost. His films for the Smithsonian Institution celebrating America’s immigrants remain its most popular videos on social media - including “Letters from Camp” – which was called “a heartbreaking resonance of past and present” by ABC News.

Frank was the design lead on the team that created the popular “Notorious RBG” campaign honoring the late Supreme Court Justice Ruth Bader Ginsburg; and was featured in The New York Times best-selling book “Notorious RBG” and the Oscar-nominated film “RBG.” His other art projects, including the This Machine Films Police smartphone sticker and American Gothic X, have been viewed by millions on and offline.

For over a decade, Frank worked in politics and collaborated with partners like Senator Elizabeth Warren, MoveOn, and Planned Parenthood to create some of the most impactful progressive content on social media. He began his career working on the Obama Media Team in 2008. Frank has been profiled in Communications Arts and NBC News, and has written for the Washington Post and the Boston Globe.

A native of New Haven, CT, Frank graduated from Bowdoin College. He lives in Brooklyn, NY. 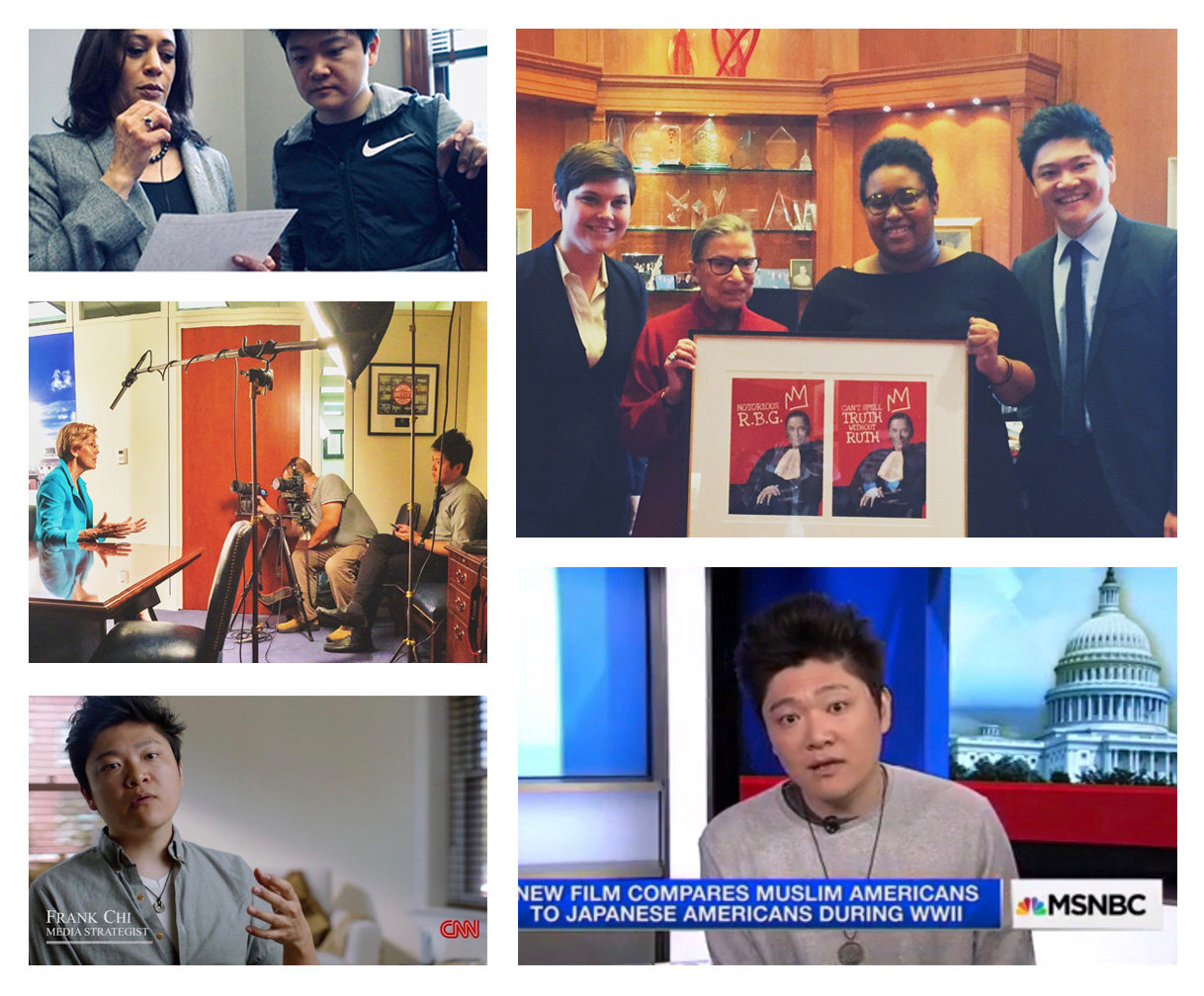